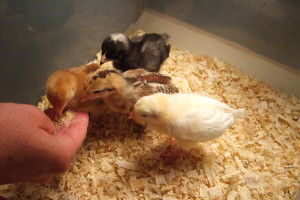 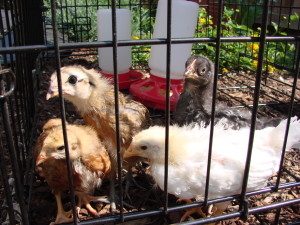 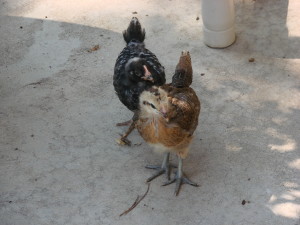 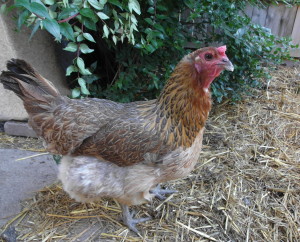 In June of 2008 we purchased our first chicks. They were already getting a few of their pin feathers in place of the fluff. When they had enough feathers to move outside, they did so during the day and I brought them in at night. Their first outdoors home was the dog’s crate with the floor removed. They loved exploring their new world.

One of the new girls was an Easter Egger as they are sometimes called. She was a very hardy bird and the only one left of the original flock until today. She had been slowing down and yesterday was injured. She died today. As I buried her, the other hens were looking on from the other side of their fence. I thought they might be mourning but realized they only wanted to see if I was digging up any bugs!

Our brown chicken was a great layer for quite a long time and healthy for so long. She lived 6 1/2 years – a long time for chickens. She lived a lot longer than any industrial bird and she had a great life in our yard.

We had not been getting any eggs from the younger hens for about a month and I was seriously considering culling them and starting some new girls. When I was cleaning the coop this afternoon, I found this: 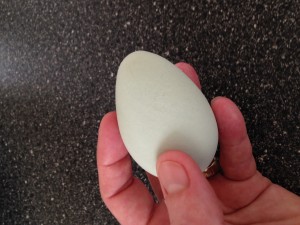 Maybe she thought she should get busy laying or I might bury her like I did her flockmate!

This entry was posted in creatures. Bookmark the permalink.